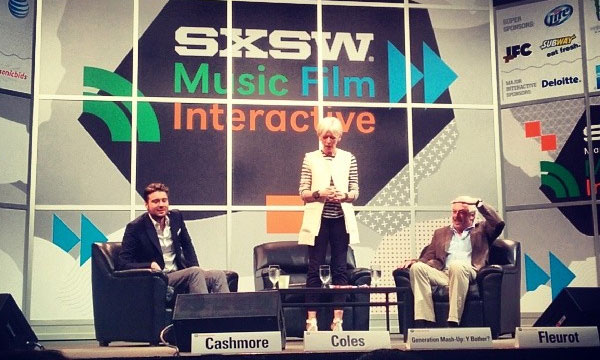 For the penultimate day of SXSW Interactive, the team took a look at sessions that really look into the way the world is changing.
Discussion ranged from the impact of millenials in the workplace, the NSA revelations changing our take on national security to the ethics of a 3d printed gun.

First up, we caught a webcast session with Edward Snowden. In this discussion we were introduced to the wider impact of the NSA revelations and the effect this has had on the world.
According to the session, security teams at the big tech companies have been extremely angered and are working on far more secure cryptology, which we’ll begin to see this year.
The session that followed discussed the role of millenials in the workplace, with the ultimate example of a true millenial on stage; Pete Cashmore.
The panel spoke about the expectations of Generation Y and how they expect much more from life at an earlier age, when compared to Generation X or Baby Boomers.
These expectations are going to go beyond the workplace too, with millenials used to owning their health information through the technology they use, the healthcare system too should understand their higher expectations of data ownership and 24/7 care.
The final session of the day was just as controversial as the first, with Cody Wilson, the creator of the first 3d printed gun, which anyone in the world can download the files for and create themselves.
It was surreal, at least from a UK perspective, to see Wilson discuss the ethics of a 3d printed gun, and admit that his new project, the Dark Wallet (a Bitcoin wallet) could be used for money laundering.
Read about the other 4 days of SXSW 2014 here.